How a single simple form submission can be manipulated to gain control of any Virtual Machine (VM) within VMware Cloud Director. The story of a critical vulnerability that enables a full infrastructure takeover.

This story is how the Ethical Hacking company Citadelo identified a vulnerability that bypassed VMware’s underlying security fundamentals. Citadelo was hired in 2020 by a fortune 500 enterprise customer to perform a security audit and investigate their VMWare Cloud Director based cloud infrastructure.

Citadelo discovered a vulnerability that could allow an attacker to gain access to sensitive data and take over control of private clouds within an entire infrastructure. The vulnerability would enable a user to gain control over all customers within the cloud. It also grants access to an attacker to modify the login section of the entire infrastructure to capture the username and password of another customer.

According to Tomas Zatko, CEO of Citadelo, “in general, cloud infrastructure is considered relatively safe because different security layers are being implemented within its core, such as encryption, isolating of network traffic, or customer segmentations. However, security vulnerabilities can be found in any type of application, including the Cloud providers themself.”

The vulnerability is classified as a code injection vulnerability and has assigned identifier CVE-2020-3956. The severity of this vulnerability was evaluated by VMware as “important” with a CVSSV3 score of 8.8, as an attacker can affect other private clouds on the Cloud provider.

Citadelo has been able to perform the following actions using the Code injection vulnerability:

Tomas Melicher, and Lukas Vaclavik identified this vulnerability in VMware Cloud Director during a penetration test and reported it to the vendor. Once alert to the situation, VMware created a security advisory for this vulnerability and released new versions of the product with an implemented fix for this vulnerability. No standalone patch for older versions is currently available. VMware has released a workaround for customers that can’t perform an update at this time.

Disclaimer: This content has been made available for educational purposes only. The video shows how a single simple submit form can be manipulated to gain control of all clouds within VMware Cloud Director.

Everything started with just a simple anomaly. When we entered ${7*7} as a hostname for SMTP server in vCloud Director, we received the following error message:

As you may notice, our expression 7*7 was evaluated as 49. It indicated some form of Expression Language injection, as we were able to evaluate simple arithmetic functions on the server-side. Great! However, that was not what we were looking for. We wanted more, so we played a little bit more with it.

After some unsuccessful attempts, we were able to call simple java code using the following payloads:

Full of hope we naively tried a well known payload for EL Injections:

And… nothing happened. No delay. But we don’t give up! We need to exploit this step by step. And maybe some coffee.

Our first step was to access arbitrary classes. Not only java.lang.String, java.util.ArrayList and others that can be directly used by expression languages. We did it using the java function forName(), and our next payload looked like this:

Perfect. We are now able to access arbitrary java classes. Let’s try to call its methods:

This, unfortunately, isn’t allowed.. There is probably some form of whitelist/blacklist filter for methods that can be called in expressions. We need to play with more. And more coffee.

Maybe we can create new instances of classes?

Oh Yes, we can! So at this point, we can access arbitrary java classes and create their instances without parameters. This, however, is still not enough for achieving the execution of any system command. We need a way to create new instances of classes with some parameters. Maybe the method getDeclaredConstructors()would help.

Great, now we can create new instances of classes using any of its constructor and that should be enough for achieving system command execution. Let’s try out.

After submitting this payload, the server responded after 5 seconds. So.. this means that we successfully executed the system command sleep 5. Amazing, just one more step. Getting output from submitted system command:

And this is our final working payload, as can be seen on the screenshot, that made us scream ‘Yes!’, below:

Remote Code Execution is usually considered a game over from an ethical hacker perspective, but not in this context. Our final goal was to gain control of foreign clouds. First, we identified, that all the sensitive data related to vCloud are stored in a remote database, and the credentials to this database can be found in the following files:

However, to make it not so easy, they are encrypted using AES with an encryption key hardcoded in the source code of the vCloud Director. We need to examine it deeper, so we decompiled it. We found out that vCloud encryption is handled by a custom class com.vmware.vcloud.common.crypto.EncryptionManager and credentials to the database can be easily obtained using the following snippet of java code (can be stored in a .jsp file in the document root):

Now we have full access to the vCloud database, and we can access all the data. What next? Get coffee, then get all the clouds.

Probably the easiest way to gain access to all clouds is to change the password for System Administrator. In decompiled sources we identified, that the password is stored in this form:

So changing the password for System Administrator to value Password123 can be done using the following SQL query:

After that, we were able to login as System Administrator and access data of all customers. And that was the real game over. 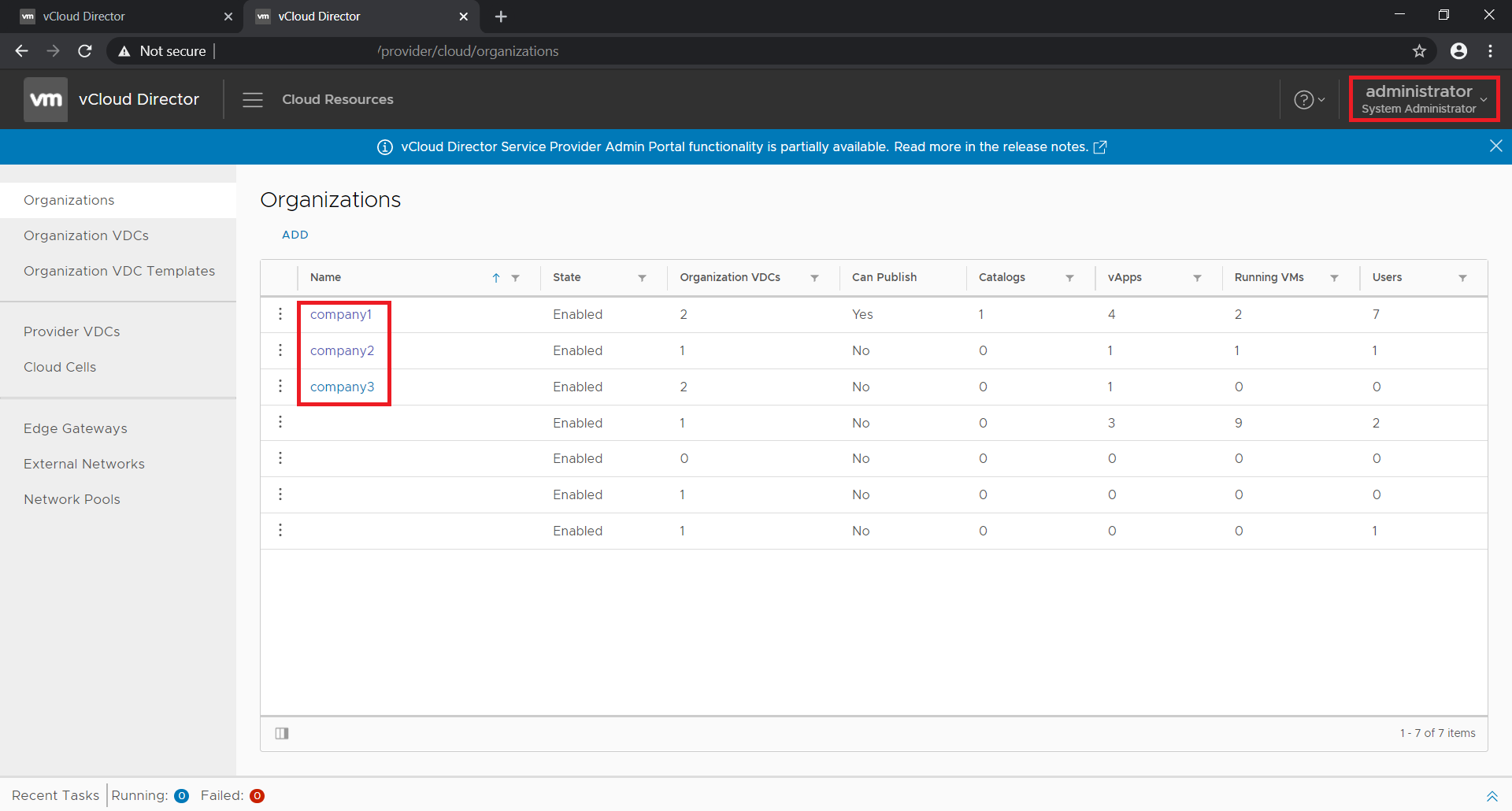 This vulnerability was identified by our penetration testers Tomáš Melicher and Lukáš Václavík. We also like to thank VMware for their cooperation during the responsible disclosure process and their effort to fix the vulnerability quickly.

With this disclosure, Citadelo underlines the importance of regular security testing performed by an external third-party vendor, such as Citadelo, to reduce risks of exposure.

Citadelo
Citadelo
Citadelo is a firm of ethical hackers on your side. We think like hackers, but we don't abuse it. On the contrary, our main goal is to reveal vulnerabilities without causing damage. We have been conducting simulated attacks for our clients since 2006
Mehr von diesem Autor